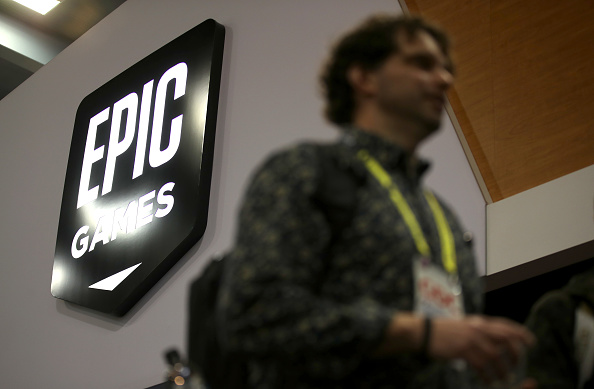 The "Star Wars: Squadron" is now available free of charge on the Epic starting November 24. The gaming platform also revealed its next set of free games for December.

Attendees walk by the Epic Games booth at the 2019 GDC Game Developers Conference on March 20, 2019 in San Francisco, California. The GDC runs through March 22.

As per the latest news story by The Verge, the Epic Games Store is now offering the space dogfighting Star Wars game for free.

It is worth mentioning that the "Star Wars: Squadrons" typically sells for nearly $40. But this time, Epic is giving it away for a limited time.

The developer of the game, Motive Studio of EA, debuted the space combat game last 2020. But it never really took off since then.

The Verge notes in its news article that the average online player figures of the game are a bit underwhelming.

According to the data from the SteamDB, the space gaming title only draws a few hundred players. Meanwhile, the all-time peak was two years ago when it hit over 36,000 players.

And as such, The Verge reports that some players complain that the wait time for multiplayer battles takes quite a while.

However, its number of players might shoot up this time as Epic is giving it for free from Nov. 24 to December 1. PC gamers could now get their hands on the Star Wars offering at the Epic Games Store Launcher.

Free Games on Epic from December 1 - 8

This illustration picture shows the logo from Epic Games displayed on a laptop and a reflected Apple Logo on an iPhone in Arlington, Virginia on April 30, 2021.

On the first day of December, the gaming service is offering three free titles to its users. Apart from the "Star Wars: Squadrons," two exciting titles are joining the craze.

As per the recent report by Game Rant, the free games on Epic include "RPG in a Box" and "Fort Triumph." Both titles will be available on digital video game storefront starting Dec. 1.

However, it is worth noting that upon their arrival, it would be the last day for Star Wars offering.

On the other hand, Epic Games Store users have until December 8 to get their hands on its two additional free games.

Given that, gamers have to wait until next week before they could download "Fort Triumph" and "RPG in a Box" without any charge.

This article is owned by Tech Times

ⓒ 2022 TECHTIMES.com All rights reserved. Do not reproduce without permission.