Cartersville, GA - Southern Soccer Academy Cartersville saw two of their elite teams finish as Finalists in the South Eastern Club Champions League tournament. The tournament saw teams from all over the Southeast come together over two weekends to battle it out with each other and the frigid weather. This is the second year in a row that SSA Cartersville has sent teams to the final, with the U16 boys winning in 2021.

The 2003/2004 girls wrapped up their club careers in heartbreak as they narrowly missed out on a trip to US Club Regionals in penalties, falling just short to Gwinnett Soccer Academy. 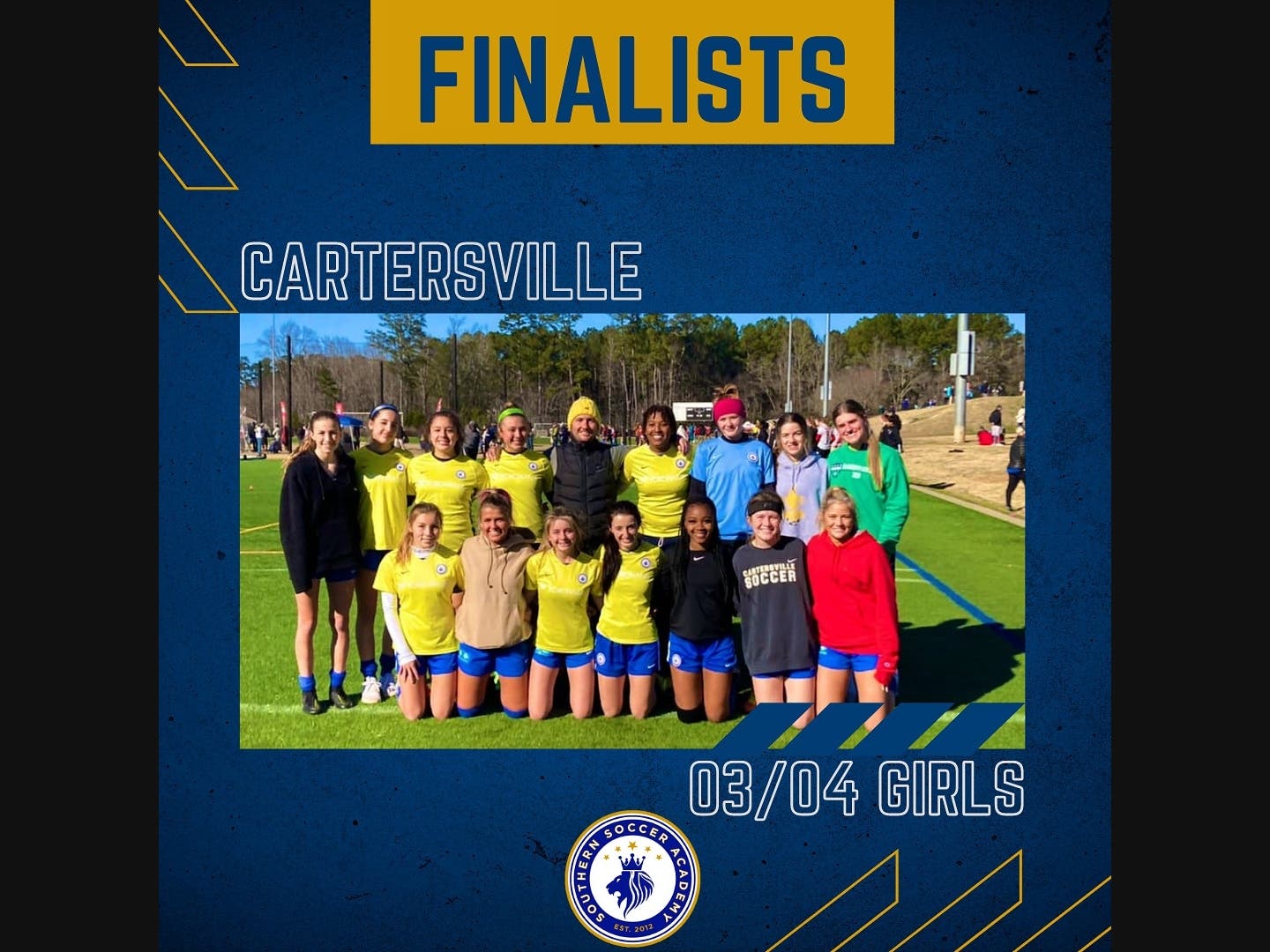 Location Director and Head Coach Richard Foy had this to say, “I couldn’t be more proud of this group, what they have achieved and what they will go on to achieve. I’ve coached some of them for close to 5 years so it’s sad to see them leave but with 9 or 10 of them looking to play in college next year, it’s the start of a new beginning for many of them. I know they’ll go on to do me proud, SSA Cartersville proud and SSA as a whole proud.”

The 2005 Boys led by Coach Declan Traquair, found themselves in a good run of form knocking off top ranked teams on their way to the final where they fell just short of repeating as Champions.

The Southeastern Clubs Champions League is a top flight league formed by major clubs across the Southeast under the auspices of US Club Soccer with high level competition and exposure.

Having operated continuously since 1997, SSA Cartersville, formerly CBYSA, has been Cartersville and Bartow County's top soccer program for 25 years. The program has consistently produced top-level talent including DI, DII, DIII, and members of both MLS Next, The Girls Academy, and the Atlanta United Academy. The program is currently a branch of Southern Soccer Academy.