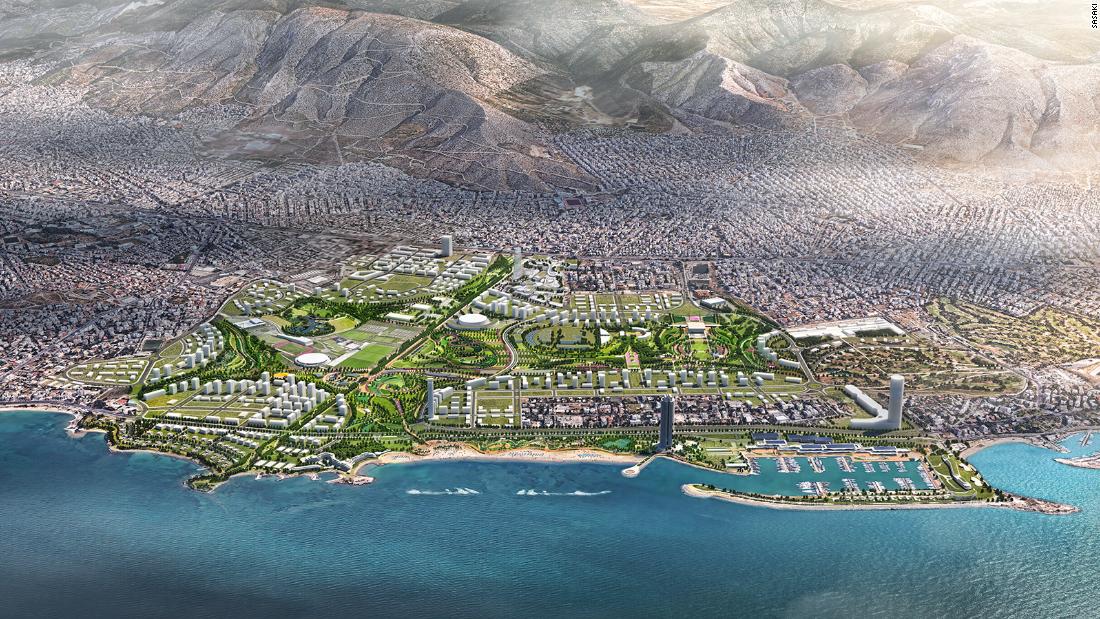 (CNN) — Renowned for its iconic, ancient architecture perched atop dusty hilltops, the Greek capital of Athens is not usually associated with green, open space.
But this may soon change, as the city's former international airport and its surrounding waterfront is set to be transformed into a giant coastal park bigger than London's Hyde Park.
The site of Ellinikon International Airport, once a bustling gateway to Greece, has lain empty for almost two decades.
Today, rust-colored weeds, parched by the sun, poke out from old stands, in a sad turnaround from its glory days.
Ellinikon International Airport was originally built in 1938, but it closed in 2001, and the site has been mainly empty since.
Sasaki is famous for its landscape architecture and urban design, responsible for New York's Greenacre Park, Charleston Waterfront Park, and the 2008 Beijing Olympic Green.
Designers collaborated with Greek nurseries to source native seed mixes that would provide ecological benefits, while also thriving in the region's increasingly arid climate.
Green space can help to counter these effects.
The park is designed to serve both nature and people, with a recreational lake (shown here in a rendering) that also provides irrigation.
Healthier citiesAnother major benefit of green spaces is the effect they can have on "physical health, mental health and social cohesion," said Kazmierczak.
In 2021, Greek real estate firm Lamda Development was formally awarded the contract, bringing in Sasaki and other architects for the design.
Lamda estimates the project will cost around $8 billion, including the residential and commercial developments fringing the park.
Source