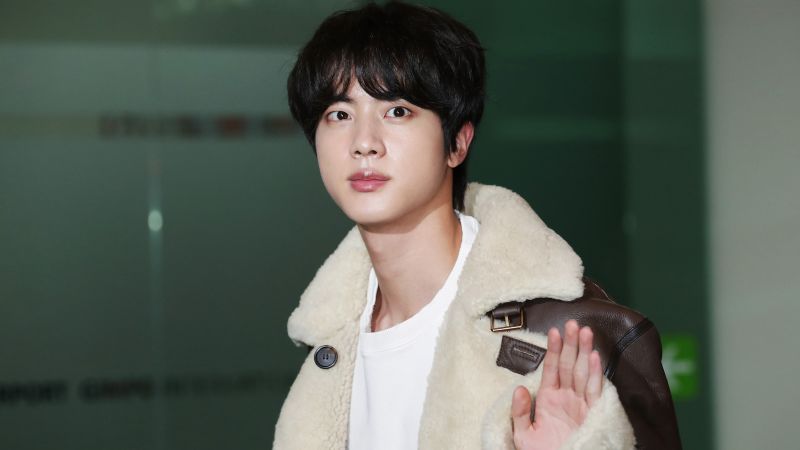 Seoul, South Korea CNN —K-pop superstar Jin will begin his mandatory military service next month, a source with direct knowledge of the situation confirmed Friday, after the BTS singer appealed to the supergroup’s devoted fans to stay away from his South Korean army training center.
The source said the 29-year-old star, BTS’ oldest member, will enter service December 13 at Yeoncheon army base in the northern Gyeonggi province.
Military service is compulsory in South Korea, where almost all able-bodied men are required to serve in the army for 18 months by the time they are 28 years old.
South Korea’s parliament passed a bill in 2020 allowing pop stars – namely those who “excel in popular culture and art” – to defer their service until the age of 30.
Jin’s service will begin with a five-week basic training course before being assigned to a unit, based on standard practice.
Last month, BTS’ record label said that all seven members of the group were planning to undertake military service and Jin – who turns 30 on December 4 – would be the first to enlist.
On Thursday, Jin posted a message on fan community app Weverse, urging fans not to visit the military training center to get a glimpse of him amid reports of his impending enlistment.
“Reports have come out against my will, but our ARMYs (BTS fans), should not come to the training center,” he wrote.
“It could be dangerous because the place will be crowded with many people besides me who are coming.
ARMY, I love you.”V, Suga, Jin, Jungkook, RM, Jimin and J-Hope of BTS attend the Grammy Awards in Las Vegas on April 3, 2022.
Their devoted fan base calls themselves the “BTS Army,” propelling their music and coming to their defense on social media in 2019 when the group was shut out from Grammy nominations.
With their military service looming, BTS said in June it would press pause to pursue solo projects.
Source