The Fed is set to offer more clues about rate hikes 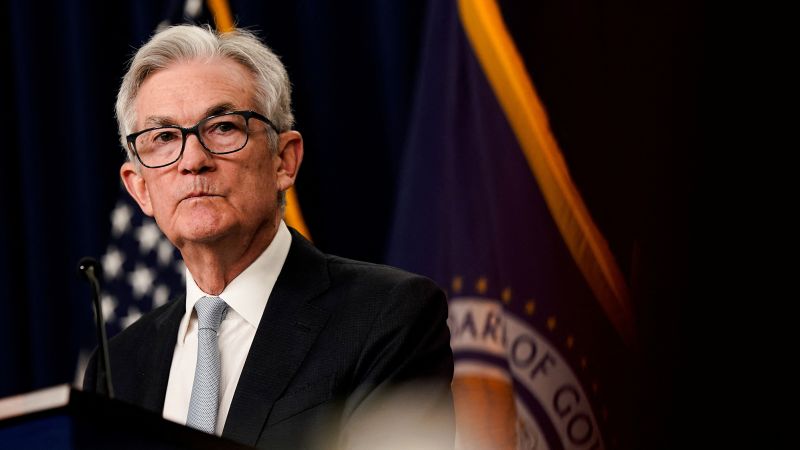 That’s because the Federal Reserve will release the minutes from its latest meeting at 2pm ET, which could provide more clues about the central bank’s thinking on inflation and interest rate hikes.
At its November 2 meeting the Fed raised rates by three-quarters of a percentage point — its fourth straight hike of such a large magnitude.
But Fed chair Jerome Powell suggested at a press conference that the Fed may soon begin to slow the pace of hikes.
Other Fed members, most notably vice chair Lael Brainard, have hinted as much in recent speeches, too.
Yet there have been confusing signals from other Fed officials, who have continued to stress that inflation remains high and must be brought under control.
A recent batch of inflation reports seem to suggest that the pace of runaway price increases is finally starting to slow to more manageable levels.
The job market remains relatively healthy as well, although the most recent jobless claims figures ticked up from a week ago.
But as long as the labor market remains firm and inflation pressures continue to ebb, the Fed will likely pull back on the magnitude of its rate hikes.
The Fed’s rate hikes have had a clear impact on the housing market, with surging mortgage rates helping to put a dent into home sales.
Still, Wall Street is growing more confident that the Fed might be able to pull off a so-called soft landing.
The Dow is up nearly 4% more in November and is now only down 6% this year.
The S&P 500 and Nasdaq also have rebounded sharply since October, but both of those broader market indexes remain down more sharply for the year.
Source