Viral Thanksgiving grandma and guest celebrate together for seventh year 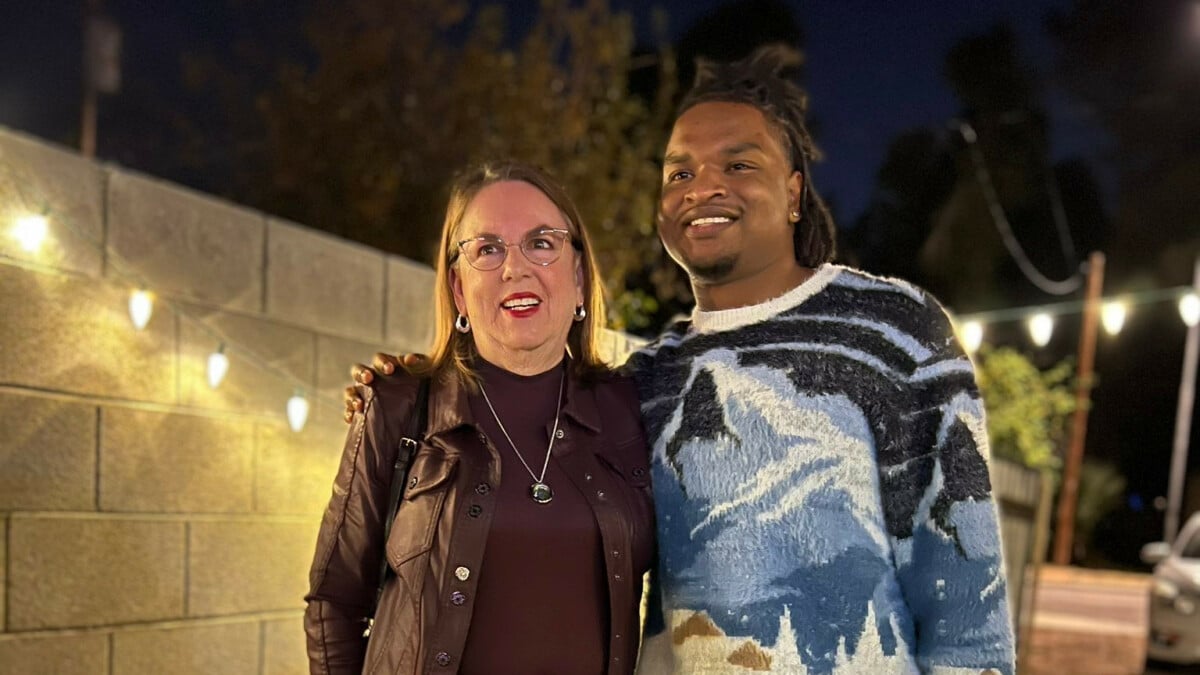 It's Thanksgiving this week, which means it's time to gather with family, eat a ridiculously large bird, and enjoy another update from unlikely viral friends Jamal Hinton and Wanda Dench.
This is the seventh Thanksgiving the pair have spent together, after first meeting in 2016 thanks to a mistaken text message that went viral.
Dench, a then 59-year-old grandmother, had intended to text her grandson to invite him over for Thanksgiving dinner.
Unfortunately — or fortunately, depending upon your point of view — said grandson had recently changed his number.
The invitation was instead delivered to then 17-year-old Hinton, who quickly figured out the mixup.
Hinton jokingly asked for a plate anyway, Dench earnestly invited him along, and the exchange was subsequently posted online.
SEE ALSO: Thanksgiving grandma and accidental dinner invitee spend sixth holiday togetherThe unlikely duo have become sincere friends, starting an annual tradition of spending Thanksgiving together.
This year they also took the opportunity to announce a new joint venture, having started a business selling alkaline water together.
While Hinton teased their reunion a few days ago, the two don't just hang out during the holidays.
Earlier this year Hinton accompanied Dench when she went to get her first tattoo — three stars in remembrance of her husband Lonnie Dench, her mother, and her father.
Dench also tweeted congratulations to Hinton for starting his own car detailing business.
Getting an update on Hinton and Dench has become an annual Thanksgiving tradition for many, almost as important as Macy's Thanksgiving Day Parade.
Source